Week four of What’s New What’s Next kicked off with introductions from two of 200 Lex’s new showrooms, insightful conversations from some of the biggest names and publications within the industry and the WNWN brand ambassadors choosing their top picks from the 200 Lex product catalog featuring over 350 new products from our showrooms.

The week began with an introduction and showroom tour from one of 200 Lex’s newest showrooms Pindler followed by a beautifully produced musical performance from Metropolitan Lighting. The day ended with an interesting panel discussion from Circa Lighting in partnership with Veranda Magazine moderated by Editor-in-Chief Steele Marcoux. On Tuesday, 9/30, the day began with an introduction video from Robert Schilling, a new 200 Lex showroom. In the video we learned more about the brand and how Roberta pays tribute to her native Brazil. Following Roberta’s video was a highlight of Sonneman’s new lighting collections, a panel discussion featuring the craftsmen in Dennis Miller Associates, and an Instagram Live between Amuneal CEO Adam Kamens and Bradley Stephens. 200 Lex also hosted a riveting panel discussion on Multi-Generational Living with House Beautiful. The panel discussion was led by Editor-in-Chief Jo Saltz in conversation with designers Corey Damen Jenkins, Jess Weeth, and Natalie Kraiem. Jo Saltz informed the audience that during this time, many households are multi-generational households from grandparents moving in with their children to children moving back in with their parents. Talented designer Corey Damen Jenkins describes what he has learned from working on homes that house multi-generational families stating “it is a staple in many cultures to have both multi-generational and multi-religious households and design needs to accommodate that. We need to be respectful of those aspects of a household and when designing a household.” On Thursday, October 1st, we got an inside look at the Andreu World showroom followed by an insightful conversation hosted by the Baker showroom with AD Pro. AD Pro’s Mitch Owens discussed history and design and how history influences many designer’s work. During the discussion, the panelists noted how this time has led to many designers needing to be more creative than ever and how they are collaborating in new ways. The day continued with an Instagram Live between designer Wesley Moon and new 200 Lex showroom Rosemary Hallgarten followed by a panel discussion from Jiun Ho. The day concluded with a Cocktails and Conversation in partnership with DIFFA by Design in discussion with Cindy Allen and Dawn Roberson. Cindy and Dawn highlighted the importance of DIFFA by Design and how the design community pulls together to donate, promote, and raise awareness of this incredible organization. The week concluded with 200 Lex’s Book Talk series, The Gallery at 200 Lex powered by Incollect’s Defining Pieces catalog featuring the dealers of the Gallery and wrapped up the week with a Cocktails & Conversation with designer Philip Gorrivan and the Ann Gish home showroom.

The final week of What’s New What’s Next will be packed with new and exciting panel discussions, new product introductions and custom videos. The week will include video programming featuring the makers and designers of Profiles and a presentation featuring designer Keita Turner with her designer picks from the 5th floor showrooms. We will have Instagram lives from Jiun Ho, Sonneman and Amuneal in conversation with Ippolita Rostagno. There will be a webinar from Andreu World and CEU courses from Century Furniture, Kravet and Verellen. Along with insightful and interesting panel discussion from Lee Jofa in conversation with Robert Rufino and Carrier & Company, The Bright Group and Sherrill Furniture in discussions with Luxe Magazine, Dennis Miller Associates with DesignTV by SANDOW, Fromental in conversation with Sabine Rothman and Hickory Chair concluding the program with Luxe Magazine. Cheers to the final week of What’s New What’s Next 2020. 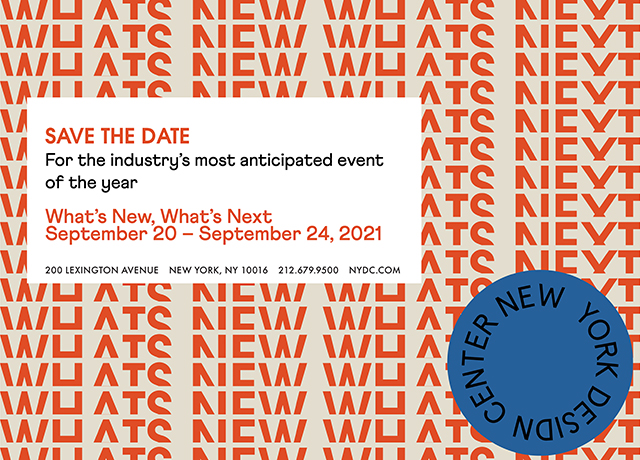 Events
WNWN21: Save the Date 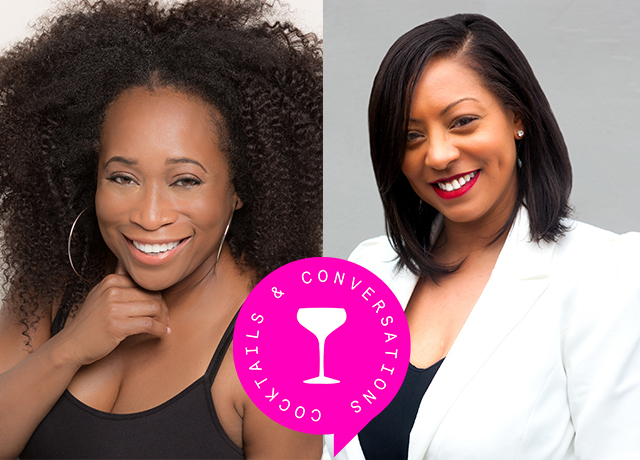 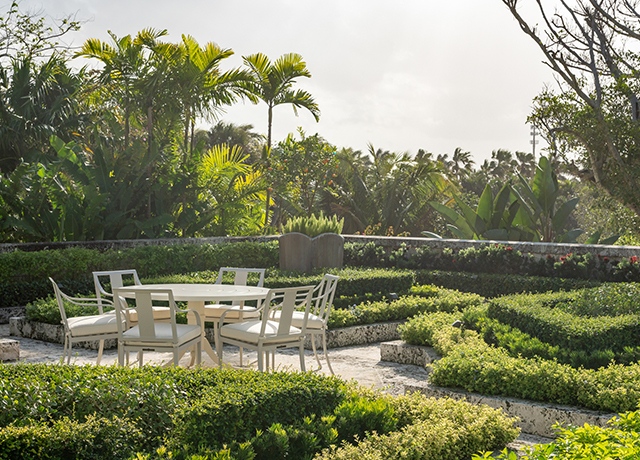 Events
Gardens For Now: View From The Veranda Panel Recap