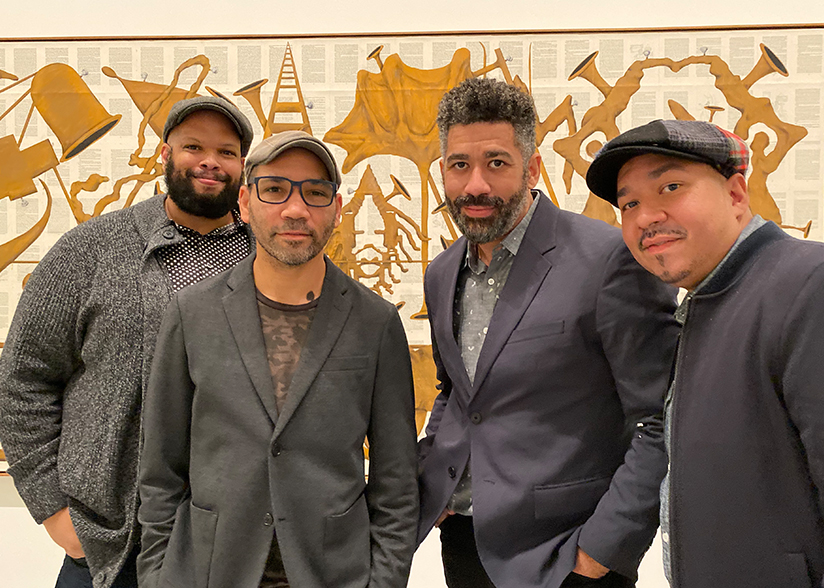 In the first week of July 2020, Studio K.O.S. led a week-long program called Collaborative Workshops for Transcendence through Art and Knowledge for selected Philadelphia area high school students. Following their usual format, they engaged the students in critical discussion of literature while making art together in reaction to the reading and experience. The discussions centered around Invisible Man by Ralph Ellison, which, published in 1952 in the early days of the Civil Rights Movement, still feels contemporary. Students took turns reading passages aloud and Studio K.O.S. guided the discussion to connect themes from the book to historical civil rights protests and contemporary activism. Together, they drew a line through the generations, directly into the chaotic and charged moment in which they currently find themselves. The visual results of these workshops will proudly be exhibited during Studio K.O.S.: The Continuing Legacy of Tim Rollins and Kids of Survival.

The workshops took place remotely on a digital platform because outside their doors a deadly and highly contagious virus has swept across the world and has, for months, ravaged the US. The virus and subsequent shutdown have devastated the most vulnerable populations in the country and exacerbated existing social inequities. Protests also erupted nationwide in reaction to countless instances of deadly use-of-force by police against black people, indigenous people, and people of color. There were daily protests in Philadelphia in the weeks leading up the workshops, many in the neighborhoods in which the students live.

Studio K.O.S. chose this moment to engage young people because the information and ideas they receive will unlock potential and offer new roads forward at a pivotal moment in their lives and in our society. The artwork that emerges as a result of these interactions is an artifact of the process.

Although perfectly suited for the challenges of 2020, this collaborative approach to making art began in the early 1980’s in the South Bronx. Artist and educator Tim Rollins, frustrated by the public school system of which he was a part, started an after-school art program for his most talented students. They called themselves Tim Rollins and Kids of Survival (K.O.S.). They developed a way of working that combined reading and analysis with drawing and painting. In a process they called “jamming”, they would take turns reading aloud from a book while the others would draw, paint, reflect, and discuss. They made art that related to the text through the lens of their own experiences as young people of color growing up in the South Bronx, one of the most impoverished neighborhoods in one of the richest cities in the world. They would produce a large and powerful body of work that is now represented in museums and collections across the U.S. and abroad.

For many of the original participants, the collective was a catalyst that offered the space and method to develop their own creative voices and artistic practices. Many went on to pursue careers in art, music, and literature. No longer kids, Studio K.O.S. lives up to its title, equipping participants with the skills and knowledge necessary for survival.

Angel Abreu, Jorge Abreu, Robert Branch, and Nelson Ricardo Savinon now form the core of Studio K.O.S. They were among the first collaborators in the original program and have remained active in K.O.S. for over 30 years, participating in every major project since the inception. With the sudden passing of Tim Rollins in 2017, the lead role has shifted to Studio K.O.S. to continue this legacy and empower a new generation.

The exhibition, featuring select works from 1987 to 2020 including a new digital piece resulting from the week-long program in July of 2020, will be on view by appointment from January 15 through March 20 in the Wexler Gallery at the New York Design Center (Suite 413).

Read more about the Kids of Survival backstory and work as featured in The New York Times. To schedule an appointment to view the exhibition, call 646-293-6603.

Studio K.O.S. is a collective of artists who are continuing the legacy of Tim Rollins and the Kids of Survival (K.O.S.), whose collaborative approach to making art began in the Bronx in the 1980’s. What was manifested from their collaborations became a powerful body of work that can be seen today in over 120 museums and public collections worldwide including MoMA, The Tate Modern and The Art Institute of Chicago. Studio K.O.S. currently consists of Angel Abreu, Jorge Abreu, Robert Branch, and Nelson Ricardo Savinon, original members who have remained active for over 30 years. They remain dedicated to the mission of empowering young people through exposure to art and literature.

Angel Abreu (b. 1974, Bronx, NY)
Abreu is an artist, writer and educator who studied philosophy, art history and comparative literature at the University of Pennsylvania and New York University. Abreu joined Tim Rollins and K.O.S. in 1986. In addition to his work with K.O.S., he has developed his own practice based on a study of American Pragmatism as well as American literature. Abreu is on faculty in both the BFA Fine Arts and MFA Art Practice departments of the School of Visual Arts in New York City. He also serves on the Education Committee of The Bronx Museum of the Arts in The Bronx, NY. In addition, Abreu is so proud to be the 20′-21′ Wallace Wilson Fellow at his alma mater Deerfield Academy in Deerfield, MA.

Jorge Abreu (b. 1979, Bronx, NY)
Abreu studied English at Bard College. He is a writer, poet and podcast producer. Abreu joined Tim Rollins and K.O.S. in 1991. He is currently working on a poetry collection based on growing up in the rubble of the Golden Era of Hip Hop. His interests are very embedded in Hip Hop and Pop culture.

Robert Branch (b. 1977, Bronx, NY)
Branch is an artist and educator. He holds a BFA from The Cooper Union and a Masters in Education in Instructional Technology and Media from Teachers College, Columbia University. He joined Tim Rollins and K.O.S collective at the age of 16. Branch’s interests are in the intersection of art, multimedia instruction, community, and communication. In addition to his work in the Studio KOS collective, Branch also works as a video producer and is the Director of Video Productions & Services for the Office of Public Affairs and Communications at Columbia University. Branch also teaches at the School of Visual Arts in the BFA Fine Arts department and is a former New York City public school art teacher.

Nelson Ricardo “Rick” Savinon (b. 1971, New York, NY)
Savinon studied fine arts at the School of Visual Arts. He joined Tim Rollins and K.O.S. in 1985. Savinon is an interior designer/art installer for various fashion and distinguished clients. He also works as a videographer, painter, and sculptor and has a great passion for fine art photography. In addition, Savinon has had several curatorial projects, including the 2018 exhibition co-curated with Antonio Sergio Bessa dedicated to Tim Rollins at the Bronx Museum of the Arts; Dialogues: Tim Rollins & K.O.S. and Glenn Ligon. 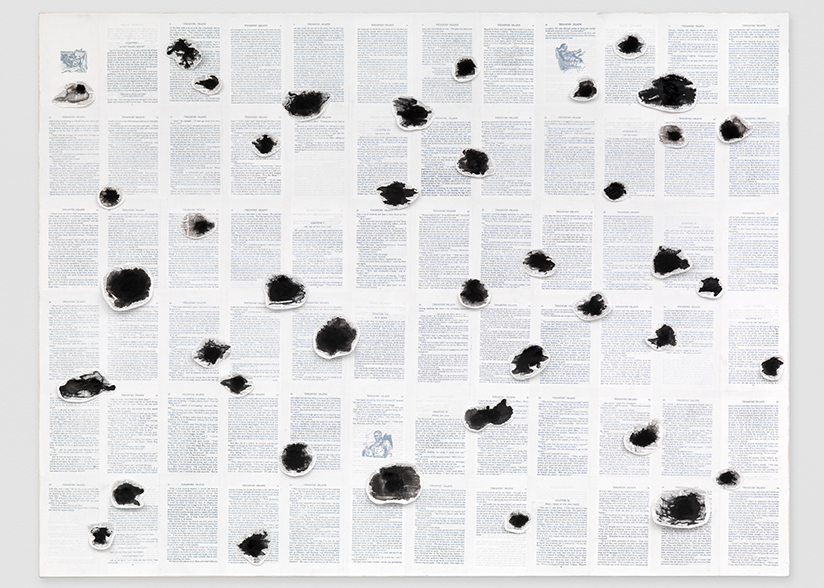 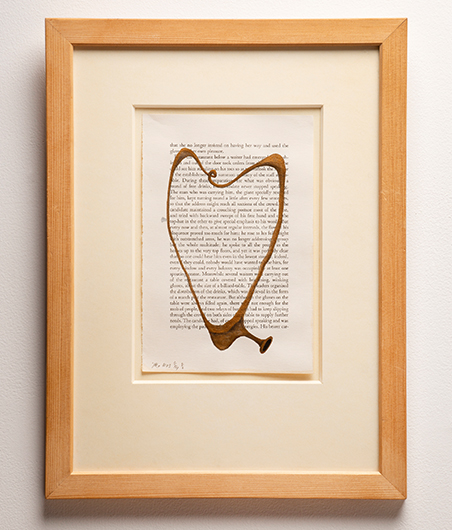 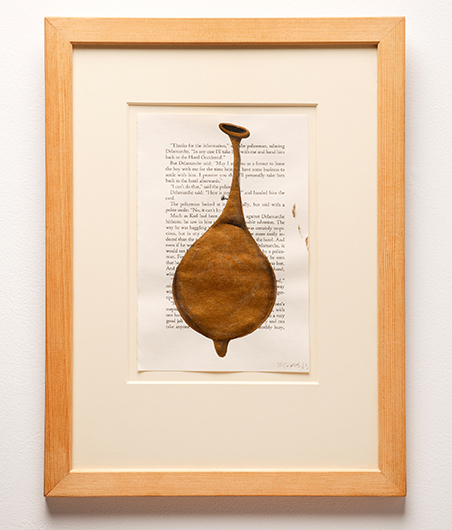 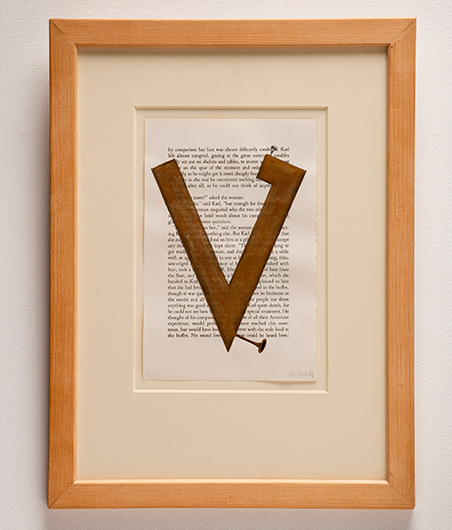 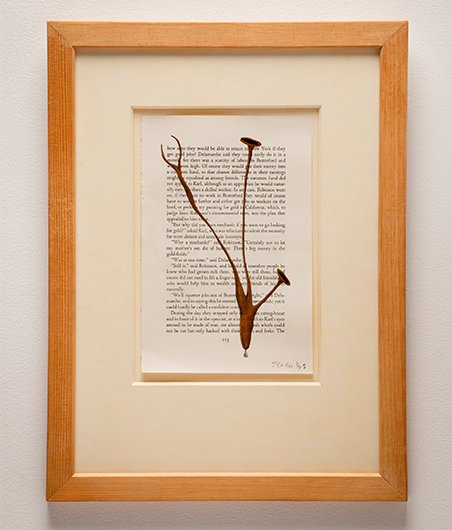 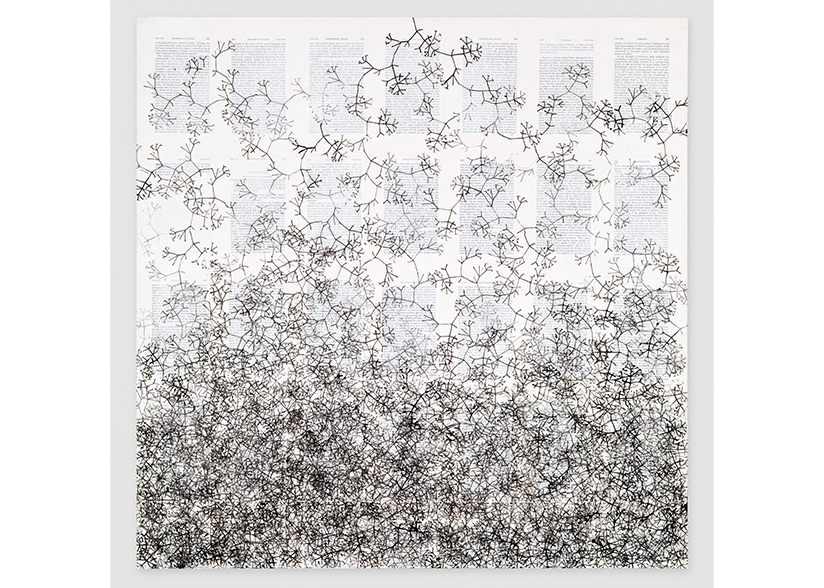 On the Origin of the Species (after Charles Darwin), 2012 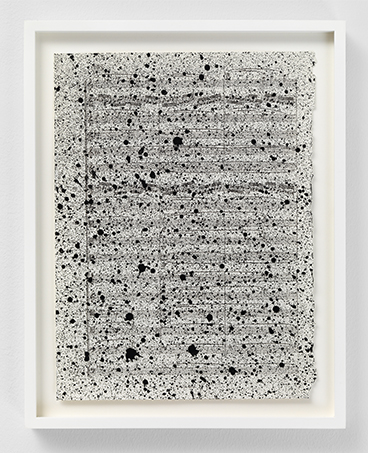 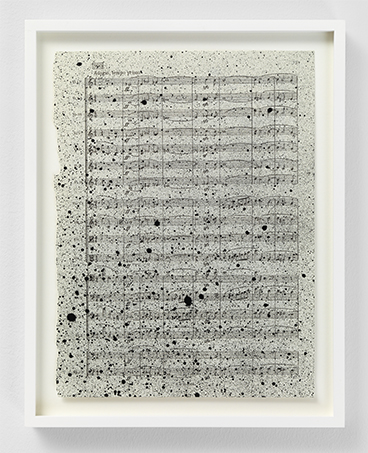 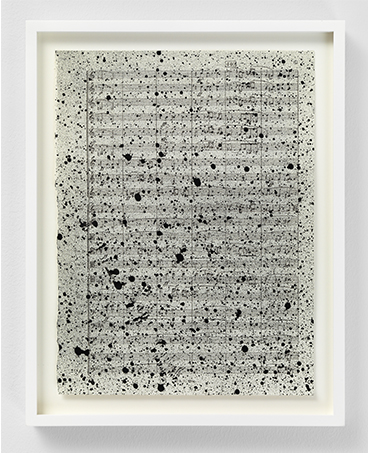 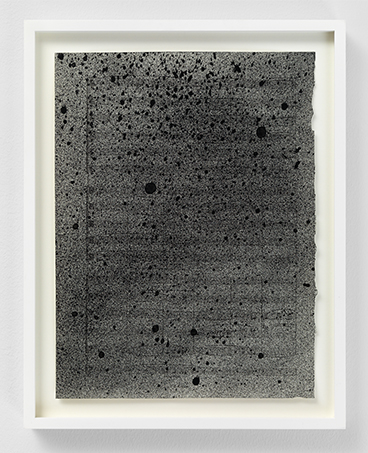 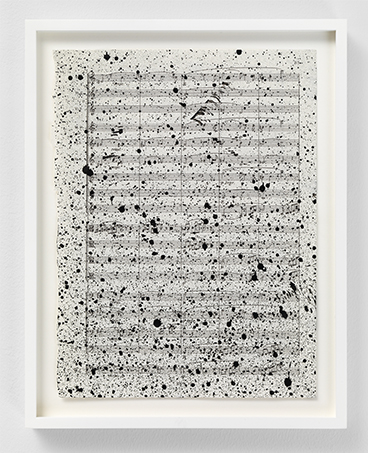 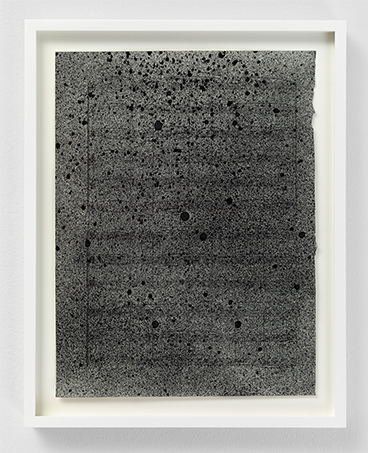 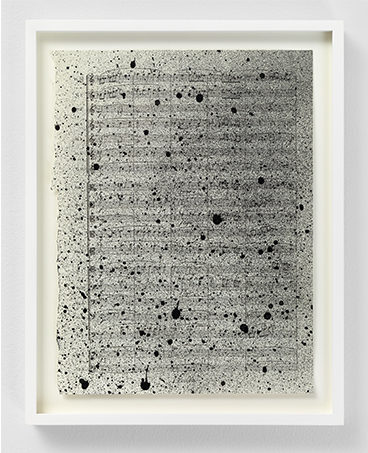 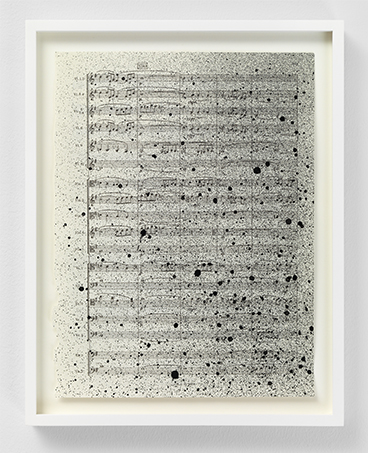 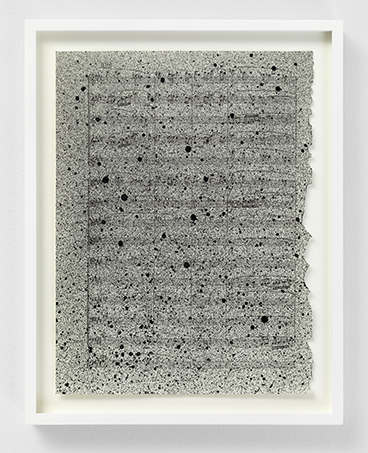 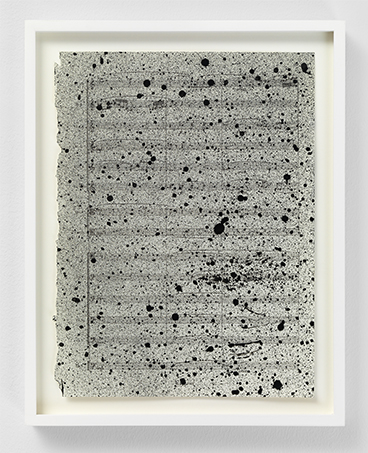 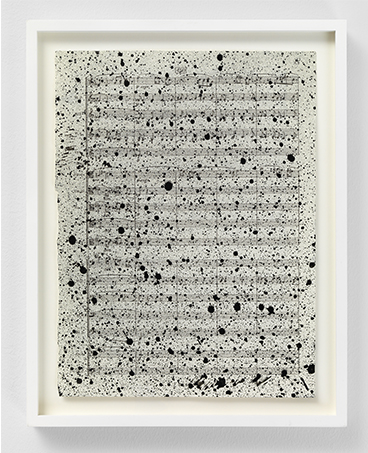 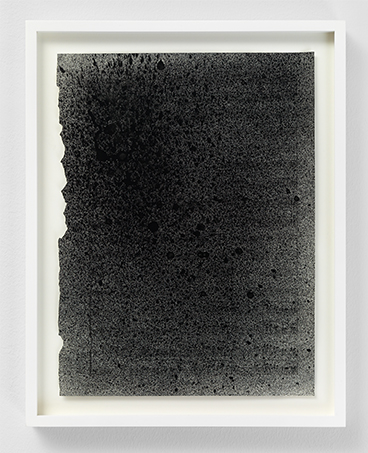 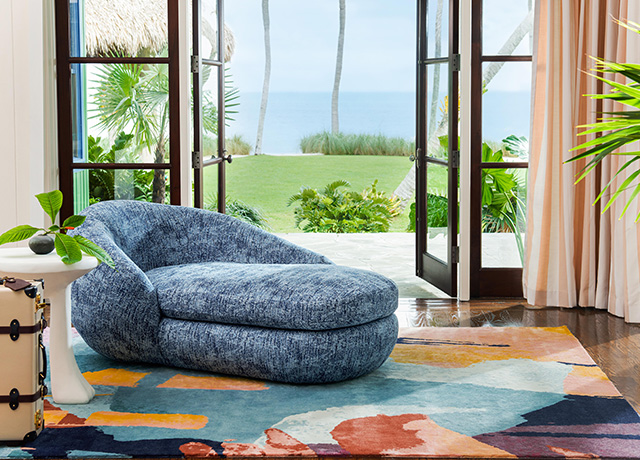 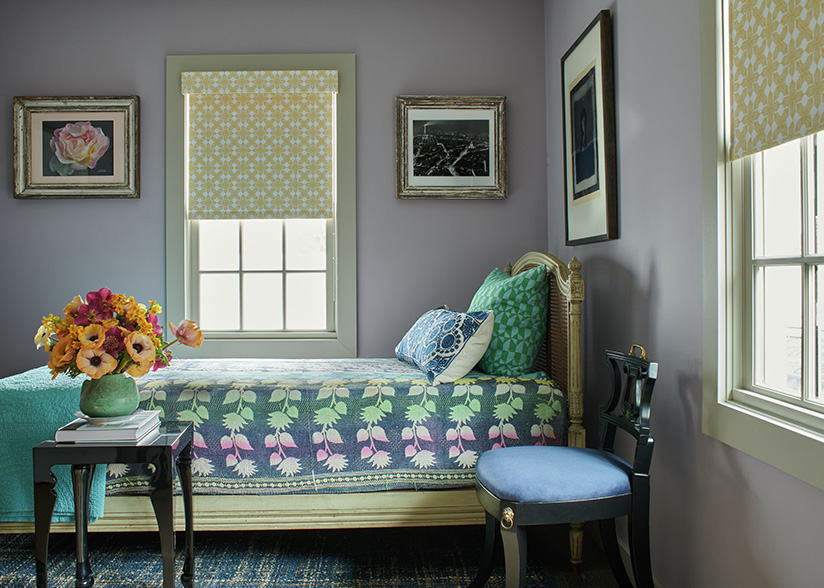 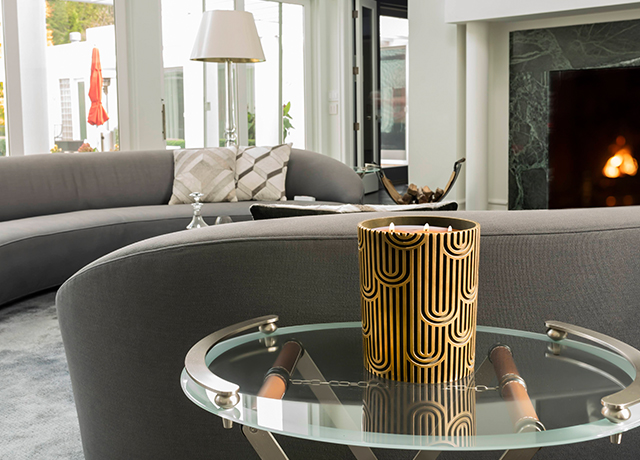